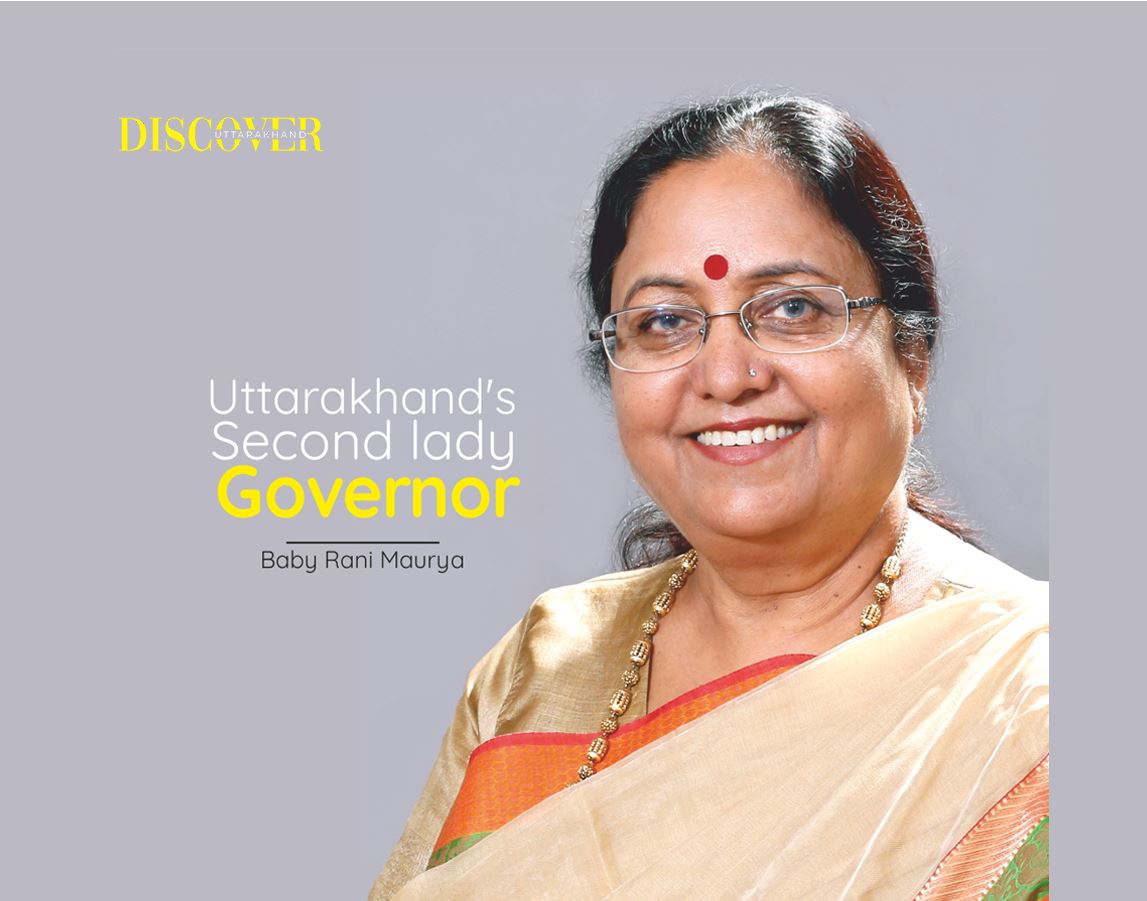 Uttarakhand’s Second lady Governor Smt. Baby Rani Maurya has had a long and rich experience in administration and politics as well as in public life.
She was born on 15 August 1956. She did her B.Ed and M.A. She became active in politics in the early 1990s, following her marriage to a bank officer, Pradeep Kumar Maurya, who now serves on the advisory board of the Punjab National Bank after retiring as its director. She began her political career as a worker of the Bharatiya Janata Party (BJP). In 1995 she contested the Agra mayoral election on a BJP ticket, and won with a large mandate. She was the first woman to be mayor of Agra, and held the post until 2000.
In 1997, she was appointed an office bearer of the scheduled caste (SC) wing of the BJP. As office bearer of this wing she assumed responsibility for strengthening the BJP’s reach among members of the scheduled castes in Uttar Pradesh. In recognition of her efforts toward the empowerment of Dalit women, in 2002 she was made a member of the National Commission for Women.
From 2013 to 2015, she was engaged in the state-level responsibilities that were assigned to her by the BJP. On 21 August 2018, Maurya was appointed the seventh governor of Uttarakhand by the Indian government, becoming only the second woman to be the governor of Uttarakhand.
Before being appointed as the Governor of Uttarakhand, she has fulfilled several political, administrative and social responsibilities.
During her tenure of being a mayor of Agra, she made many remarkable achievements as an efficient administrator. Being a member of the National Women’s Commission and played a prominent role in promoting women’s welfare and empowerment.
Besides fulfilling these important roles and responsibilities, Smt Maurya has been dedicated consistently towards works of social welfare.
For the past 18 years, she was working, through “Nav Chetana Jagriti Sansthha”, for the welfare of backward and underprivileged women. She is extremely sensitive towards women empowerment and education of the girl child. Through the Sewa Bharati organization, she participated in the efforts being made by the organization to make girls aware about the importance of education and help poor women become financially independent. Due to her contribution to social welfare, she has received many honours from time to time.
In 1996, she was awarded “Samaj Ratna”, in 1997 the “Uttar Pradesh Ratna” and in 1998 “Nari Ratna” .
We all can witness her brilliance in politics as well as social life. Her contribution to the development of the country can never be overlooked. She sets an example for all the girls who wish to bring some change in the society for its betterment.