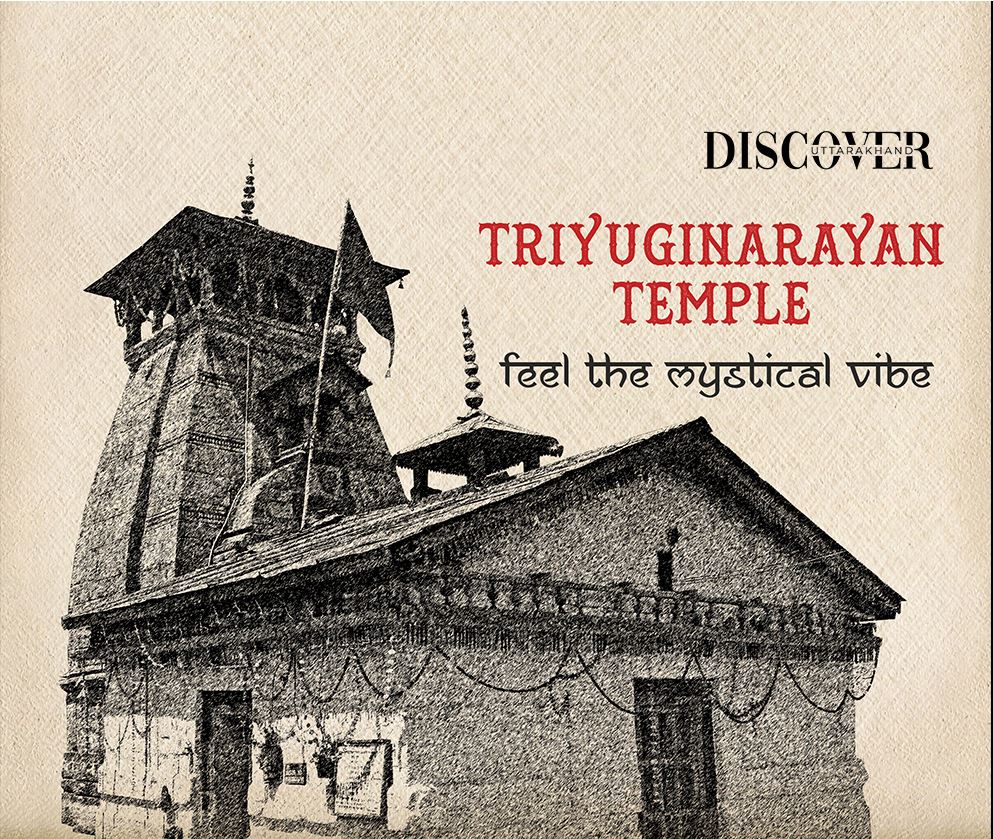 Uttarakhand has hidden treasures of various religious shrines. One such religious heritage is the Triyuginarayan or Trijugi Narayan temple dedicated to the preserver, Lord Vishnu located in the Rudraprayag district of Uttarakhand. This place is perched at an elevation of 1,980 m above sea level and offers panoramic views of snow-covered mountains of the beauteous Garhwal region. The architecture of the temple resembles that of the Kedarnath shrine.
This temple hold its sanctity, as it is the site where Lord Shiva married Goddess Parvati, about three aeons or yuga ago. An eternal flame burning in front of the temple is said to have been a witness to this notable wedding. Its sanctum houses a silver idol of Lord Vishnu, who witnessed this bliss from here, accompanied by idols of Goddess Lakshmi, Lord Badrinarayan, Goddess Sita, Lord Ramachandra, and Lord Kubera. The Brahma shila in front of the temple marks the exact place of the wedding. Four sacred ponds called the Rudra Kund for bathing, Vishnu Kund for cleansing, Brahma Kund for sipping water, and Saraswati Kund for offering libations are also located in the temple premises.
Due to the enormous religious value that this place holds, Triyuginarayan Temple is emerging as one of the most desired wedding destinations. Triyuginarayan Temple is well connected with most of the important towns and cities of Uttarakhand. It is just 12 Km off road (from main Kedarnath Road) from Sonprayag.